Last Saturday was my momma’s birthday. She turned 82 and I just wish I could keep up with her. I bought her a brilliant orange/gold rose called “Better than Gold.” She loved it but not as much as what my daddy bought her. He got her a weed-wacker and a garden blower. Her two acres looks like it’s been manicured. My two acres? Well, it looks more like a jungle compared to hers.

My momma is amazing. She grew up one of 14 children during the Great Depression in rural Oklahoma. They slept four to a bed and were so poor they didn’t have anything to take with them for lunch when they went to school. Her momma, my granny was also amazing. When they arrived back home at the end of the day, a hot meal was waiting for them. 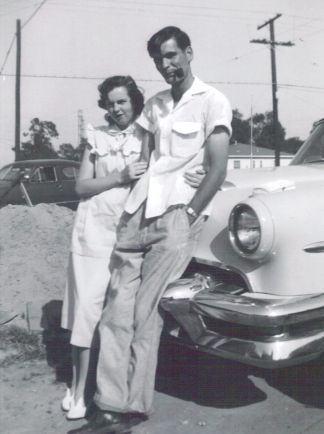 At 17, she road the bus all the way to California to marry my daddy. She’s always been amazing with money. She could pinch a penny until dooms day but she has always been a generous person. They saved their money from daddy’s three jobs. Even with money in the bank, at the end of the month they often ate peanut butter and crackers because their food ran out. Because of that frugality, they bought their first home in their early 20’s.

Even though she never held a job outside of the home, daddy’s often said she’s made them as much money as he did working 10 hours a day. Every home we had she improved beyond reason. One time when I was about 10 our living room was painted three times in one week. Yeah, that mustard color didn’t go over well.

My parents must have been the original house flippers. Wanting to live in the country, they bought five bare acres and then had a house moved from downtown Sacramento way out to the boondocks. She made that old house shine. When they put it up for sale, it sold in one day for more than they ever dream of. We moved 10 times while I was growing up. Now that’s a lot of houses to flip! 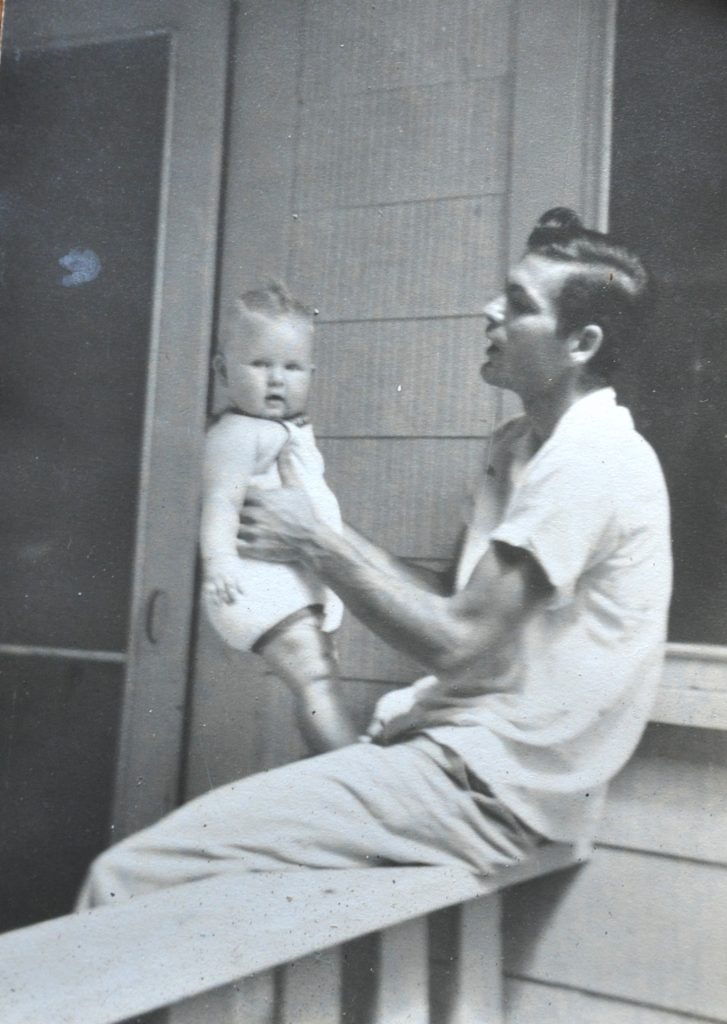 Karen and her father

I know my momma is probably a lot like yours. We were born to amazing people. I never heard my momma complain or say, “That’s not fair!” They took life as it came and made the best of it. In fact, they made the best of everything in their lives and were continually thankful.

The only problem I see is, it’s a hard act to follow. Yes, I’m one of those baby boomers who were dotted on and given to. But they must have done something right. My greatest dread in life is disappointing them.

My parents are my biggest fans. I write for a tiny newspaper in our small town. My parents read that weekly publications from front to back. They always call me to say how they liked my articles. That’s pretty good since the other paper they read is the The Wall Street Journal! I get paid peanuts for the privilege of writing for our hometown news, but even if I did it for free, it would be worth it because my parents love it.

I’ve had a lot of college and a number of degrees but the lessons my parents taught me are more valuable than anything I could have learned at a university. Honesty, loyalty, high morals are the lessons they taught me by example.

Now I guess I’d better get outside and see if I can tame the jungle that is my yard! Perhaps someday it will look like momma’s. Naw! But I can give it a try.