Being a hero is not just for those who do one heroic deed, they are for people like my daddy who was a hero every day of his life.

He’s always been my hero. From my earliest memories, no one would dare compare to him. When I was very small, he worked three jobs to make sure we were all taken care of. When he came home he always had time to put me on his lap and tell me he loved me.

Every morning I waited for him to come home. My momma’s brother, my Uncle would be getting ready to go to work. I’d have on Kaptain Kangaroo while I watch the door. I’d help Daddy take off his socks and even at the age of three, I could see he was very tired. Every moment he spent with me was special and I must say that has never changed.

Daddy grew up on 160 acres in the backwoods of Oklahoma. Everybody worked the farm from the time they could walk. There were chickens to feed, cows to milk, cotton to hoe and that was before they walked to school. He said he was not alone. Most of the kids he knew did the same thing. When he was 16, that all changed. Daddy began to feel poorly. It was spring and he was helping his daddy and his brother in the fields and after just a short time became winded. 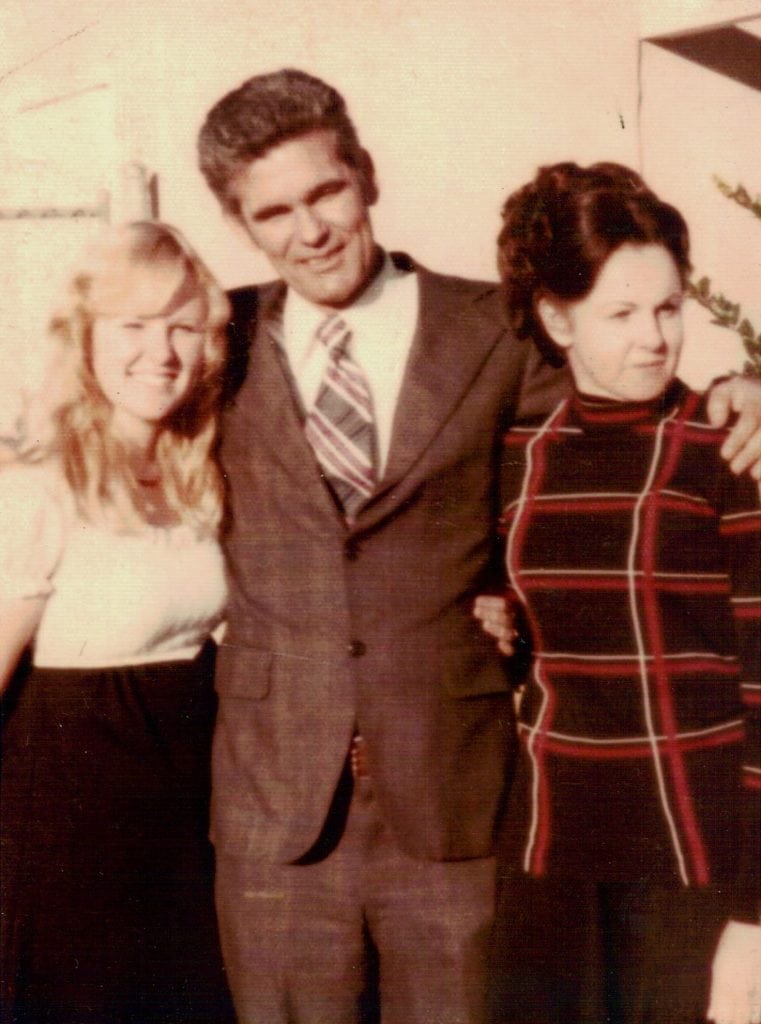 Karen with her father and mother

“I told dad I was just soft from winter,” my daddy told me. “Dad said ‘no, that’s not it. You’ve been playing ball and working around here. There’s something wrong.”

That’s when my granddaddy took him to the doctor and found out he had tuberculosis. He spent months in a sanatorium hooked up to an iron lung. He pulled through but was unable to join the service due to his illness. Shortly after coming home from the hospital he had to go back. His appendix had ruptured. They had to do emergency surgery and only could give him a local anesthetic. Imagine being awake through such a serious operation!

What makes daddy my hero has very little to do with his upbringing. Daddy is the one that always wanted me by his side. He taught me to set a fence post, and pour concrete. He taught me how a car engine worked and how to throw a softball. He took me golfing and always treated me to an ice cold bottle of 7-up that we would pour our peanuts in. He gave me the gift of his time and experience. He believed in me, even when I doubted myself.

That has never changed.

I have never heard my daddy brag about himself so forgive me if I do! Twice the local paper named him the businessman of the year. He never even told my momma. We found out from people at church. By the way, his business was a two chair barber shop in a small strip mall where he cut hair for 10 hours a day.

Nearly every funeral I’ve ever attended, my daddy was asked to be a pallbearer.

He loved to golf. He was a champion pitcher in his small town. He loved nearly every sport and still watches them on TV. He made it to nearly all my kids’ games and more recently the great grand kids’ games.

Most of all, he loved my momma and me. I can tell you, we both are a challenge to love at times but not to him. When my three kids came along, he was thrilled beyond words and spent every moment he could with them. Now it’s his great-grandkids he’s thrilled to see. 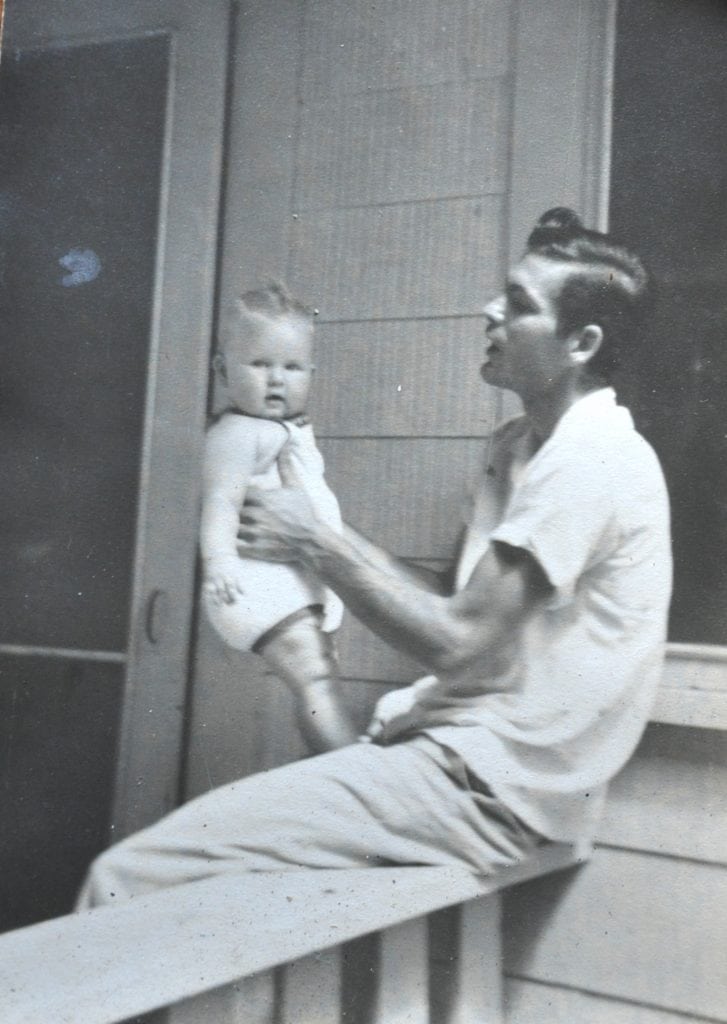 Baby Karen and her father