Copious studies document that loneliness rates are highest among those who are college-age and seniors.

That problem plagued Madeline Dangerfield-Cha and Joy Zhang, who connected as friends just before starting business school at Stanford a few years ago. Their early interests and experiences differed but meshed: Zhang had previously worked as a hospice volunteer, and Dangerfield-Cha in education and play design. 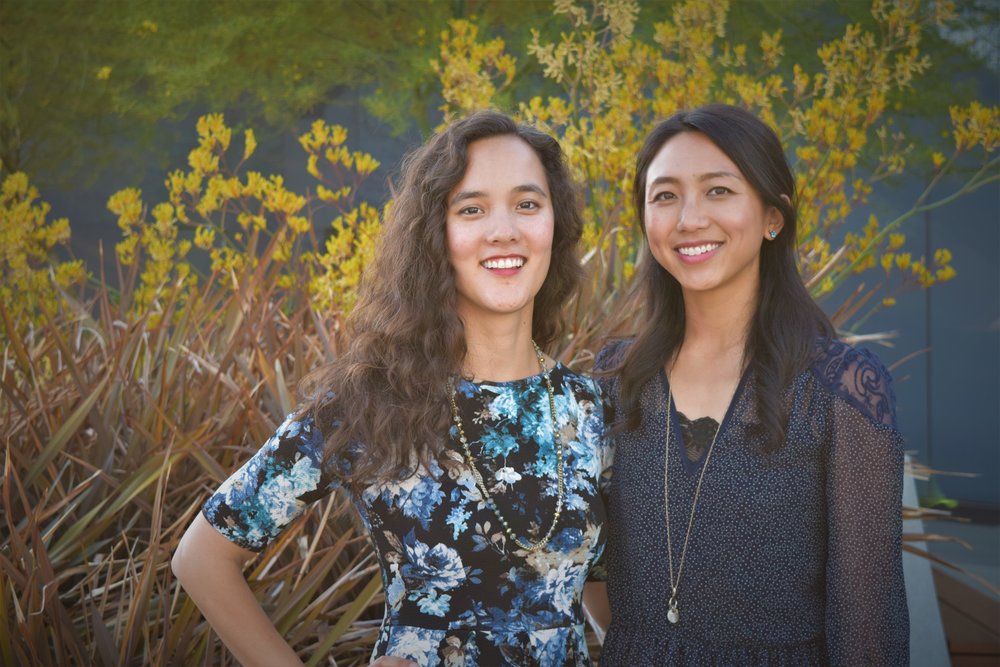 As they studied together, they also pondered the possibilities of pairing people of different generations to help combat loneliness. Says Zhang: “We just felt like there was a lot of opportunity to connect older and younger people.”

But unlike so many others who posit and ponder, the two took action, envisioning a service that paired older, often homebound people with college students.

Before getting in too deep, they wanted to test the waters. “The very first thing we did was to replicate ourselves, so we posted an ad for someone very similar to us — a younger person interested in spending time with someone older — on Nextdoor.” That service, which connects neighborhood residents online and through an app, soon delivered a number of people signaling their interest, making of them family caregivers seeking a bit of respite.

They also served as their own guinea pigs, acting as “Activity Companions” themselves. Dangerfield-Cha’s first client was a former French professor. The two of them met once a week — often just to talk, mostly in French. And from their bond was born the name for that fledgling business, Mon Ami — French for “my friend.”

“Pretty quickly after Joy and I started visiting, we could tell there was lots of interest among the older people, ” Dangerfield-Cha says. “But we wondered: ‘Will college students really be interested in doing this?’”

They again turned to the internet for the answer, posting an ad for Activity Companions on local community service lists — sweetening the pot some by specifying that the companions would get paid. They got 50 responses within the first 24 hours.

While many students respond, not every one is chosen as an Activity Companion.

“We personally screen every student who comes through, and do background checks on each one. We want to see a willingness to make a connection, along with the requisite compassion and kindness and energy,” says Zhang. “We provide some basic training on listening skills and communication tips when working with those who have conditions such as Parkinson’s or dementia.”

The Activity Companions generally visit once or twice a week, spending two or three hours each visit. Their services are described as “low-touch” — they don’t do traditional caregiving or help manage and administer medications, for example. Activities are tailored to the senior’s wants and needs — and may include playing games, singing, dancing, reading, or helping to write memoirs.

“What we hear most often from individuals and the family members who take care of them is that physical needs are being met OK, but what they really need is physical energy and freshness to supplement their lives,” Zhang says. “That is the appeal of a college student — a bright-faced young person with energy and optimism.”

She points to a recent Mon Ami pairing of a female student with a 101-year-old woman in San Francisco who is fully cognizant but now has physical limitations, making it difficult to move around and read. “She wanted someone to read People magazine to her, to bake a pumpkin pie. And the student gets to engage in those experiences with someone who reminds her of her grandmother. It’s a profound intergenerational connection.”

Dangerfield-Cha adds that many of the students were initially inspired to apply as Activity Companions because they miss seeing and being with their own grandparents. She fosters faith that Mon Ami companions will get much more from their experiences than a few extra dollars in their purses and pockets. “My real hope is we are helping to build empathy that people will have for the rest of their lives — that their experience will point the way to a career in working with older people, or at least send them back into the world with a view of what it’s like to grow older,” she says.

Many are already showing the signs, as evidenced by the Companion Diaries they post on the Mon Ami website, chronicling their experiences.

Micah, an Activity Companion, reports that he and his new older friend Jim have taken up golfing together — recently progressing from the driving range to a full 9-hole course. He writes: “Jim claims his late wife didn’t like golf, so he stopped playing once married. Since his wife’s passing in the past year and moving across the coast to live with his daughter, he’s decided to get back into the sport. While he is no longer the 20-year-old player I’m sure he once was, he very clearly still has the muscle memory and coordination of someone who has played many rounds of golf. Over the first two sessions at the driving range, he is not shy to let me know the weaknesses with my swing.”

And Nissma, a pre-med student paired as an Activity Companion with Lorraine, is also quick to note the learning goes and comes both ways: “Lorraine and I met just a couple months ago, but I feel like I’ve known her my whole life. The two of us quickly hit it off, chatting about everything from astrology to boys to what life is all about. She even let me borrow one of her astrology books so I can learn more about the subject. Lorraine’s kindness and joie de vivre are infectious, her smile instantly brightens the room. My favorite part is seeing her face light up when I come over to say hi each Sunday.”

Mon Ami’s founders are fighting the urge to grow too quickly, but recently reported there were more than 50 families and 150 students onboard in 16 locations in and around San Francisco. “Our first goal is to make this as widely available and easy to access in the Bay area. This is helping us learn a lot,” Zhang says.

And after the learning . . . perhaps we can look forward to Mes Amis all over the country.