It is conventional wisdom that most seniors would rather live out their lives in their own homes. Quality of life is generally higher at home; and moving out at later stages of life can be impactful on health and longevity.

Nonetheless, as people age real problems emerge while living independently at home. There are challenges that arise that never existed before. Fortunately, innovative technology has brought more convenience and security to the older population.

The following is a list of everyday issues most seniors face and technological solutions that can help.

Issue 1: Getting out of the car.

With the passing of time, the muscles in our legs get weaker. Metro Car Handle Plus can be a solution to this problem. This is a simple device that inserts into the latch on the car door frame which gives the passenger needed leverage to rise. This is available at Amazon for less than $30.

Issue 2: Risk of being scalded at sink and/or shower.

Memory issues can cause seniors to neglect checking the water temperature prior to showering, bathing, dishwashing and/or grooming, This poses a serious risk of burns and scalding. There are a variety of shower anti-scald valves and devices that can be installed to avoid scalding. 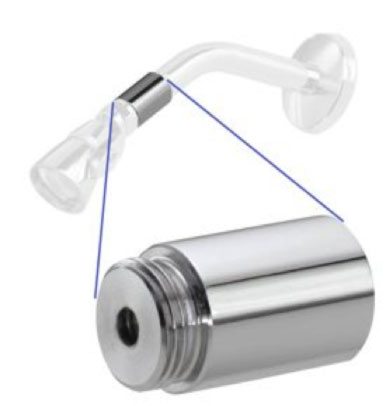 An anti-scald device for the shower

Memory issues again can present risk of burning and fires in the kitchen at the stove. One can be distracted during food preparation by a doorbell or phone call and before you know it, the stove top is on fire.  Two products introduce greater safety and reduced risk.

The first option is the Safe-T-element Cooking System. This system prevents stovetop fires automatically. It goes over existing burners. It will not allow food/oil to ignite or aluminum to melt. Moreover, bathrobes won’t catch on fire, most plastics won’t ignite and it also increases energy savings.

The second option is an easily installed stove top fire extinguisher. It is held in place by magnets to the hood. These type of extinguishers will douse the stove top when it senses a fire.

Medication compliance is a common problem. There is difficulty remembering when to take them, which pills and how much? And problems opening containers. Phillips makes a wonderful pill dispenser machine that is about the size of a coffee maker. The Medication Dispensing Service can hold up to a month’s supply (the capacity varies depending on the quantity and frequency of the medications). The medications are pre-arranged in doses that are delivered in small plastic cups. At the time that medications are to be taken a loud announcement is emitted. The recipient goes to the machine and pushes a single red button, after which, the cup is dispensed. The announcement is repeated several times. If, after a period of time, there is no response the unit can telephone a designated person to let them know that a dose has been missed.

Unfortunately for some seniors with age comes memory loss and the tendency to wander off. There are a number of interventions for this. One is called the GPS SmartSole Insoles. These are GPS enabled insoles that slip on inside shoes for easy geo-tracking. One of the main advantages of these insoles is that it does not require the user to remember to take a tracking device (ie; a pendant) with them. 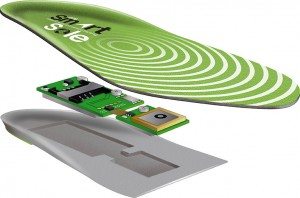 Vacuuming is a tedious job but it needs to get done, both for safety’s sake and cleanliness. In steps the Roomba from iRobot. The Roomba is a vacuum robot that moves around the home vacuuming the floors and rugs. It will do this automatically and will return to its charging station upon completion or when it senses it needs charging.

Issue 7: Everything Else (Are they awake? Are they sleeping too much? Did they eat? Did they wander off? Is the toilet flooding?)

There are myriad problems, but your parents refuse to have someone working in the house. You’re living a thousand miles away. They don’t want to live with you — and they’re not going to an assisted living facility. There are a number of systems that can passively monitor several activities (ie; doors opening, room temperatures, refrigerator doors opening, toilets flushing, etc…).

Of course, you don’t need/want to know every single occurrence of each activity. These systems can be programmed to alert you only when they sense extremes. Some will actually calculate averages (ie, 8 hours for sleep) and alert you when there’s been a drastic deviation (ie; 14 hours in bed). There is a very informative book that reviews a wide range of these systems called Caring From Afar. 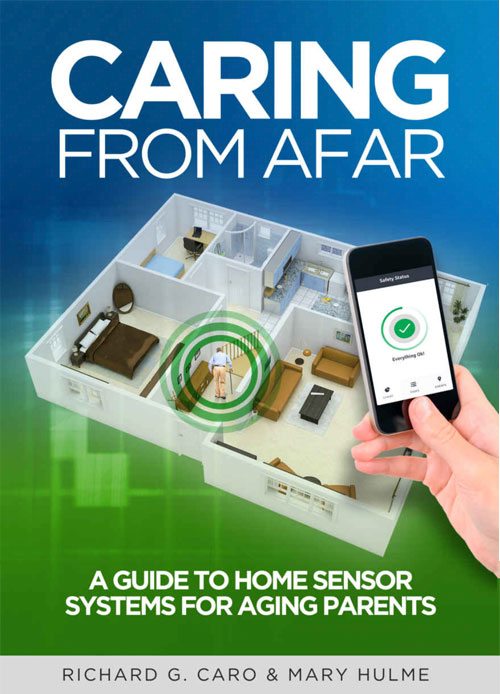 Credit for all images and videos used goes to their respective companies.

Mark Zilberman, LCSW is the Director of NorthStar Care and Guidance, LLC. Mr. Zilberman is a Deans’ List graduate of Hunter College in New York City, where he majored in Sociology. He holds an MSW in Social Work, with a specialization in substance abuse treatment, from the State University of New York at Stony Brook. Mark has state certifications in alcohol and substance abuse from both New York and New Jersey. He holds clinical social work licensure in both states, as well. Before working in geriatric care management, Mr. Zilberman worked as a therapist and social worker with diverse populations (elderly, mentally ill, mentally retarded, and developmentally disabled). He has worked in hospitals, clinics and residences.